As told by Thomas Scott, Owner and creator of MissionShoe

I served as a missionary of The Church of Jesus Christ of Latter Day Saints in the Brazil Ribeirão Preto Mission during the years of 2004-2006. As any other pre-missionary, I was WAY excited about serving a full time mission. I bought my dozen white shirts, some pairs of pants, luggage, shoes, and off I went straight to the São Paulo MTC.

After about ten months in the mission field, and three pairs of shoes later, I stumbled across a local shoe company, based out of Brazil, whose shoes were built specifically for security guards and postal workers. Now, If you have ever seen Brazilian postal workers, or the Correios*, they don't sit in their trucks all day. These men and women either walk or bike from house to house, putting an average of 20-30 miles a day on their shoes.

Sold through our mission office, they were the perfect match for us Elders.

In a pair of the "Modelo 2005A," I threw out my old pairs of shoes and spent the next 11 months in the field, in an all walking area. This shoe lasted 4 times longer, were half the weight, and a fraction of the price I had paid with my previous shoes. Even after 11 months, the all-leather upper was still in excellent shape, but the sole had finally worn a hole in the back of the heel, due to my heavy instep.

Upon my return back to the US in August of 2006, I decided to take the "2005A Modelo" and begin some specific modifications for LDS missionaries. After several improvements, and more than a year of research, MissionShoe was created and launched January of 2008 with the MissionShoe "Companheiro," currently known as the MissionShoe Tracting Edition These shoes, as well as a handful of others models, are geared specifically for Missionaries of The Church of Jesus Christ of Latter-Day Saints. We have now produced the only shoe with the "soul" of a tennis shoe and the appearance of a dress shoe.

Currently, our goal is to enhance the MissionShoe product line to it's maximum potential. We are always asking our customers for feedback, and we strive to continue to produce the new standard in LDS Missionary footwear. We have successfully set that new standard.

Go ahead, try them out for yourself, or your son in the field. They won't let you down, I promise.

Believe me, I speak from experience.

Owner of MissionShoe.com and Shoe Fanatic 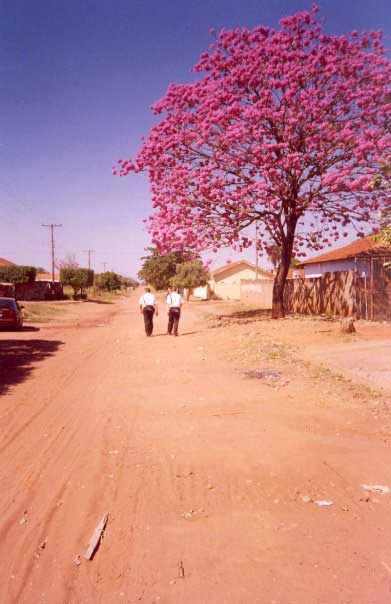